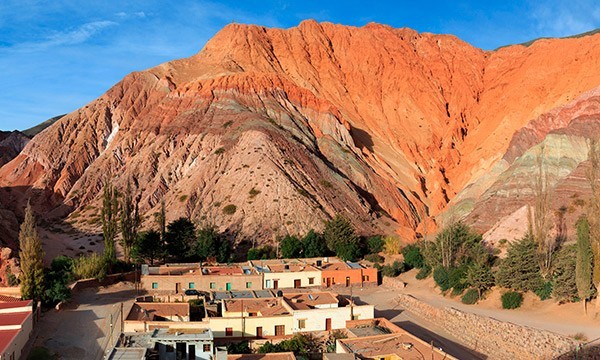 Northwest Argentina, sharing borders with Chile and Bolivia, is one of the regions with more character. Spanish and Christian culture overlapping ancient ways and forgotten Gods. Although the pre Columbian inhabitants were not Inca, they spoke a similar language and trade a lot with the great empire. You can still see traces of the older cultures in the food, the music, the clothing and the faces of people. Very high and dry mountains only interrupted by some fertile valleys. Salta and Jujuy are a pleasant and welcoming surprise for the traveler.

PP-123
Modify the departure date to see other available rates:

The package includes 4 nights accommodation at selected hostel/hotel plus airport or bus station pickup and drop off plus Safari to the Clouds/Purmamarca full day Excursion plus Humahuaca and Jujuy full day Excursion.

Day 2: Purmamarca
Breakfast. At 7.00 am. Safari to the Clouds/Purmamarca Excursion: You will travel in the same route as the famous Train to the Clouds, zigzagging on lonely roads between the blue sky and the Puna. On your way, you will visit magnificent ruins, scattered houses, small villages and amazing landscapes. Departure from Salta will be at 7 am and you will quickly reach the small town of Campo Quijano and later, the impressive Quebrada del Toro. Soon you will leave all signs of vegetation as you enter the realms of the solitary Puna. In Santa Rosa de Tastil, a pre-Inca city of the XIII century, you will do a short archeological hiking. Later, you will reach San Antonio de los Cobres, a small miner's town rich in tradition and the Train to the Clouds final destination.

Further ahead, a desert plateau will take you to the surreal landscape of the salt flats, where you stop again to walk around and enjoy the contrasts.
In the afternoon, you will return through the overwhelming Lipan Mountains and arrive at the Seven-color Hill in Purmamarca, a landmark on its own. You will overnight in this village suspended in time. (In DORM option, you return to Salta and sleep there)

Day 3: Salta
Breakfast. Humahuaca Full Day Excursion: Towns and relics of ancient cultures, superb mountains and the feeling of being in timeless places are the exquisite elements of this trip through the Humahuaca Gorge.
You will leave Purmamarca at 9:00 am (7.00 am if you leave Salta) and head north to the province of Jujuy. The small towns of Tumbaya, Purmamarca, Maimar' and Tilcara open their ancient charm to your captivated eyes. In Purmamarca, you will stop to see the famous Seven-color hill, in Tilcara, you visit the Pucar' (fortress) and the Archeological Museum, while in Uqu?a you stop to admire the local church. But it's in Humahuaca where you enjoy in the extremely peaceful atmosphere, the typical colonial architecture and the charming people. In your way back you will also visit San Salvador de Jujuy to get to know its monuments and intriguing legends. Let the history behind the walls and stones of these places take you on a ride to the Argentinean past! Arrival to Salta at 7 - 8 pm

Day 5: Salta
Breakfast. Check out and transfer to airport. End of services 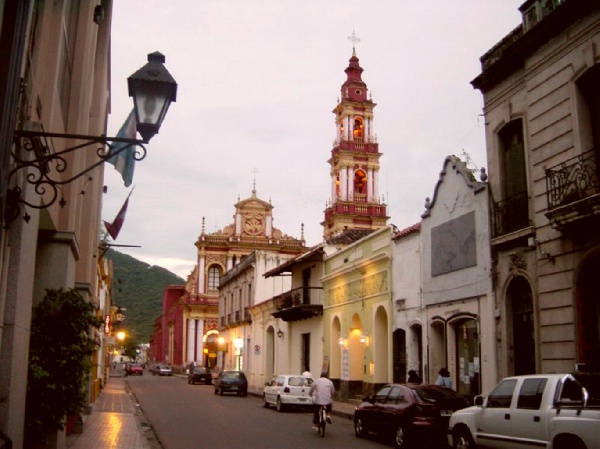 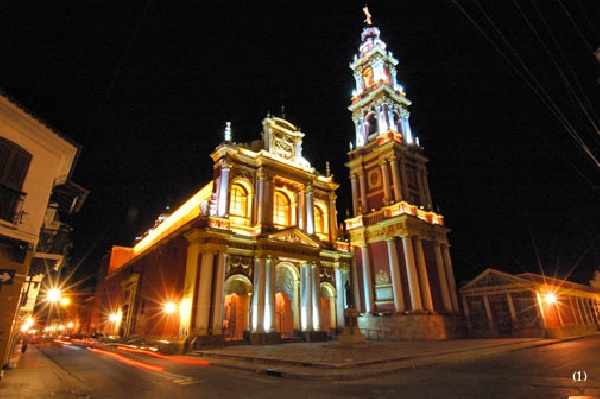 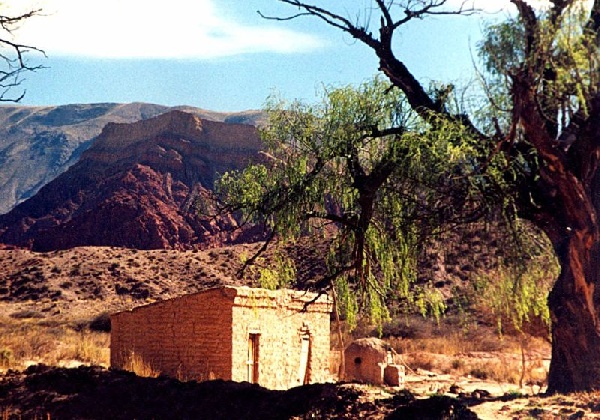 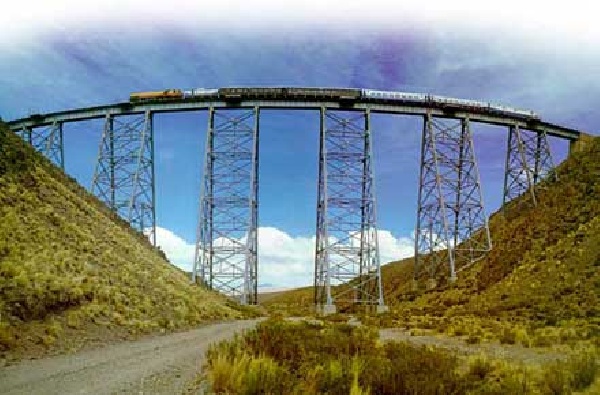 The city of Salta is situated at 1187 m.a.s.l., in the north extreme of the Lerma Valley. It was founded in 1582, its spanish physiognomy emphasize it from the rest of the cities of the country. In Salta you can find ground floor houses, narrow streets and sidewalks, everything situated among mountains and trees. Owner of an intense historic past, it finds in one of the most impresive geographies of the region, from the jungle (yungas) in the East part to the Puna desert in the West side.

Summer is mild and Winter is warm and dry, with records of an annual average temperature of 22ºC, which makes the city an ideal place to live or visit.

A few kilometers away from the city, there are many interesting places to visit, to spend the day or to enjoy them by doing some adventure activities. It stands out the towns of San Lorenzo, Vaqueros, La Caldera and the dam Cabra Corral. In all those places is possible to practice horse ridding, four trax, trekkings, rafting and cannopy.

The night in Salta has for every kind of taste, and its variety cover all the alternatives. From the traditional "peñas", within artistic local shows, it is possible to taste the tipical regional dishes, to a large range of restaurants, casinos, bars and discotheques.

In Salta is not possible to miss the turistic circuits that this beautiful province offers. In the Calchaqui Valleys circuit you´ll be surprised by the rocky formations of their gorges and multicolored hills, where they rise many little towns which adobe and straw houses will take the traveller to ancient times. It is an unforgettable trip to a region forged by the turbulent pre - inca and colonial history inside a dramatic geography, where we can also apreciate the road of wine, one of the specialities of the region.

The Andean Circuitor Puna will take us to one of the most extreme areas. Passing through Campo Quijano, the gate of the Andes, we´ll arrive to Bull Gorge, an impresive road that will lead us to the pre-inca ruins of Santa Rosa de Tastil, one of the most important in the region.

Going through the Abra Muñano at 4100 m.a.s.l. we´ll be entering in the arid desert of the Puna, in which it finds the town of San Antonio de los Cobres, where the inhabitants of the place will show us their way of living in such a hard place.

In this desert it is possible to see the amazing white colour of theSalt Lakes, shared with the neighbouring province of Jujuy.

In the Noth Circuit, going through the middle of the jungle area, we can enter from Salta to Humahuaca Gorge, with all its colour and history, this will allow us to go into the mountains where are hidden magic towns like Iruya.

Salta offers alternatives for every taste. Its people is doing of this place something special and the traveller falls in love with the city. The combination of landscape and history is doing of Salta an oblige city for those who wants to know the best of the country.